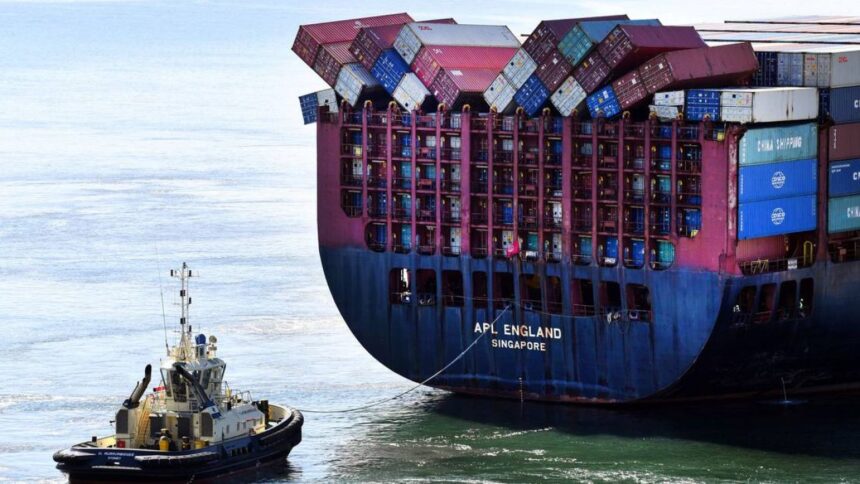 With more than 6,000 container ships in operation and around 789 million TEUs in ports around the world, container trade accounts for almost 18% of total maritime trade. On paper, having more containers crossing the oceans means a greater risk of incidents. But is that really the case?

In the report updated to 2020, after reviewing the results for the twelve-year period (2008-2019), the WSC estimates that on average there were a total of 1,382 containers lost at sea each year. With twelve years of data, it is particularly interesting to note the trend of three-year averages, reported in each of the survey updates. In the first period (2008-2010), total losses averaged 675 per year and then quadrupled to an average of 2,683 per year in the following period (2011-2013). This was largely due to the sinking of MOL Comfort (2013) which resulted in the loss of 4,293 containers and was further affected by the grounding and loss of M / V Rena (2011), resulting in the loss of approximately 900 containers. Fortunately, there have not been such significant losses in a single incident reported since.

However, the next period (2014-2016) was marked by the sinking of another ship the SS El Faro (2015) with the loss of 33 crew members and 517 containers. Even with that, the average annual loss of three years for the period was 1,390, about half that of the previous period. The downward trend continued in the most recent period (2017-2019) when the average 3-year annual loss was almost halved again to 779. There were no individual losses as significant as those observed in previous periods, which is a positive development. However, 2018 and 2019 were marked with some incidents where more than 100 containers were lost.

Between 30 November 2020 and 31 January 2021, more than 2,675 containers were lost in five incidents at sea. That has been almost double the annual average in just one two-month period.

Most of the accidents have occurred in the North Pacific, including the reported loss of 41 MSC Aries containers. According to reports, the 41 containers lost overboard were being taken back to China for refilling.

An MSC spokesman did not confirm the number of containers lost but told American Shipper: ‘According to the ship’s preliminary reports, no cargo went overboard’. The ship found itself in bad weather on its way from Long Beach to Ningbo, impacting a limited number of empty containers.

Maersk Essen lost 750 containers on 16 January while sailing from Xiamen, China, to the port of Los Angeles. Maersk said that the 13,100 TEU Essen ‘experienced swell during its passage through the North Pacific’.

The Essen changed course after the loss of the containers and sailed to the Port of Lázaro Cárdenas in Mexico, where all the analysis and procedures were carried out and then resumed its route.

In one of the worst cases of cargo losses recorded, ONE Apus lost 1,816 containers some 1,600 nautical miles northwest of Hawaii after reportedly sailing into a heavy storm on November 30, 2020.

The ship headed for the port of Long Beach had to turn around and sail to the port of Kobe in Japan, arriving there on 8 December.

The Taiwanese carrier Evergreen Marine’s Ever Liberal lost 36 containers after encountering strong winds in the Pacific about 20 nautical miles off the coast of Kyushu, Japan, on 31 December. According to reports, 21 additional containers landed on the deck.

The Ever Liberal had sailed from Busan, South Korea, bound for the port of Los Angeles. Evergreen told Taiwan News that the container ship was diverted to Taipei to inspect the damage.

Israeli carrier ZIM reportedly lost 76 containers from the chartered ship E.R. Tianping in January 2021.  The incident also occurred in the Pacific when the container ship was on its way from South Korea to North America.

While many containers may be lost at sea mainly due to climatic conditions, several cases are man-made, such as negligence, incorrect declaration of container weight, shortcuts to save costs, Inadequate packing of cargo inside containers, inadequate stowage planning, among others.

A single container that is not properly secured can start the loss of an entire row. Added to this, the large-scale mooring arrangements required on Panamax or larger container ships pose a major challenge for the ship’s crew to verify the MSC to ensure compliance.

The bigger the boat, naturally, the more mooring equipment is required and, in some cases, hoping to reduce costs, some boats may take shortcuts with this. But it should also be noted that such maintenance is not an easy task and that incidents may also occur due to faulty equipment.

At a recent ALSUM forum, Javier Bru, CEO of International Marine Experts and Surveyor, said that, with the construction and operation of container ships with greater cargo capacity, Difficulties have also been created by the fact that the trenching or mooring system and equipment have not evolved in the same way. In the same way, the large size generates that the physical forces of the movement of the sea, produce a greater impact on the structure of the ship, covers of the holds, and a series of determining factors that can cause the loss of the container.

Javier emphasizes that it is difficult to establish a cause that causes the fall of a container in the sea, because it is the conjunction of a series of factors that leads to this event. Some causes are:

Several initiatives at the international level aim to improve international standards under SOLAS, ISO and the CTU Code and have already reshaped risks and helped to reduce them. To combat misdeclaration of cargo, changes to SOLAS came into effect on 1 July 2016 that require verification of container weight (VGM) before containers can be loaded on board.

Although in 2020 and the few months of 2021, the figures show that the average annual loss of containers at sea has been exceeded; this figure remains minimal when compared to the total number of TEUS transiting the oceans daily. In addition, this situation is not new since, for example, in 2013, events surpassed the loss of 5,000 units.

The operation of ships with greater cargo capacity increases the probability of greater container loss; but only if several factors are presented such as: human errors, supervision failures, adverse weather or bad administrative decisions.

It is therefore important to continue to apply SOLAS standards, to encourage staff training, to manage crew fatigue and to implement other measures to prevent the loss of containers at sea.