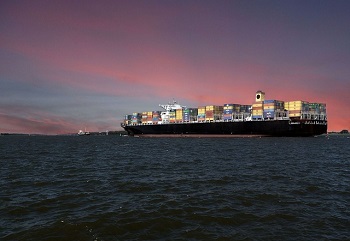 Covid-19 took the world by surprise. In addition to the loss of human life, undoubtedly the most unfortunate effect of the pandemic, national and international analysts predict an unprecedented global economic recession, which they estimate may be worse than 1929. Just in three months, since the alarms of the health emergency were turned on, there has been a marked decrease in the number of transactions in international trade in goods and a virtual paralysis in the national and international mobilization of people, with serious consequences for tourism, aviation, hotels and cruises.

Since the introduction of compulsory or voluntary containment measures, port activity has been one of the exceptions, so that ports have been allowed, and sometimes encouraged, to continue with their operations, limited, however, to the movement of goods, as international maritime passenger transport is virtually at a standstill, due to the risk of spreading the coronavirus it represents. In Colombia, decrees 457, 531 and 636 of 2020 contemplate port activity for cargo handling as one of the activities exempt from compulsory isolation.

The covid-19 pandemic has had immediate effects and will have medium-term effects on the port sector. Between the immediate ones, a drastic decrease of revenues of the harbor societies is emphasized, on the one hand, for the cessation of activities of the industry of the cruises, and on the other, by the decrease in cargo volumes originating in the reduction in international freight traffic. Congestion has also been generated at sea terminals, due to the difficulty of importers to pay the value of the offices, the closure of operations of some logistic operators and freight forwarders, and also because of the deliberate attitude of some who have taken advantage of the circumstances to obtain additional days of storage of their goods in port. The third immediate effect of the pandemic in ports is the need to adopt strict biosecurity protocols for cargo handling, entry and exit of personnel, interaction with ships, change of crews, among others. Finally, ports have had to implement or accelerate the adoption of online procedures, without physical presence or paper documents, for the mobilization of goods.
For ports, all the changes described generate a significant decrease in revenue and, at the same time, the need to make greater investments, both in operations (increased controls, biosecurity protocols, delays, congestion), as well as in training and technology.

As for the effects to come, it is risky to make any prognosis, since nobody knows how long the pandemic will take, given the uncertainty of developing a vaccine for the virus or an effective treatment for the disease it produces. The only certainty is that the covid-19 will generate a global economic recession, with a foreseeable and considerable decrease in the volume of cargo traffic in ports, in addition to the slow recovery of cruise activity and, consequently, in port revenues.

Ports may have difficulties in complying with their investment plans, or be forced to modify them, given the need to refocus their activity (other types of cargo, other traffic, fewer passengers and more cargo, etc.), or to increase their investments in technology and biosecurity. Ports may also be unable to recover their investments within the term of their concession contracts. In fact, Article 27 of Decree-Law 482 of 2020 provides, from now on, that ports may request an extension in the extension of the term of their concessions, if they show that they were affected by the return on their investment as a result of the pandemic emergency. These factors -higher investments and lower revenues- may generate the need to renegotiate port concession contracts or may even lead to claims and litigation for the alteration of the economic conditions of contract execution due to the pandemic.

Finally, the concept of biosafety may have arrived to stay in the maritime and port sectors. Biosafety can become a new industry paradigm, forcing its actors to incorporate it into their operations and corporate policies. As well as after the Twin Towers attacks in 2001, shipping and ports were forced to incorporate the culture of maritime and port security, following the issuance of the ISPS Code under the SOLAS Convention, biosecurity could become an industry standard, susceptible to endogenous or exogenous regulation. If this happens, the most appropriate thing is for such regulation to be made considering the internationality of maritime and port activity, and the uniformity that characterizes the regulations of the sector.